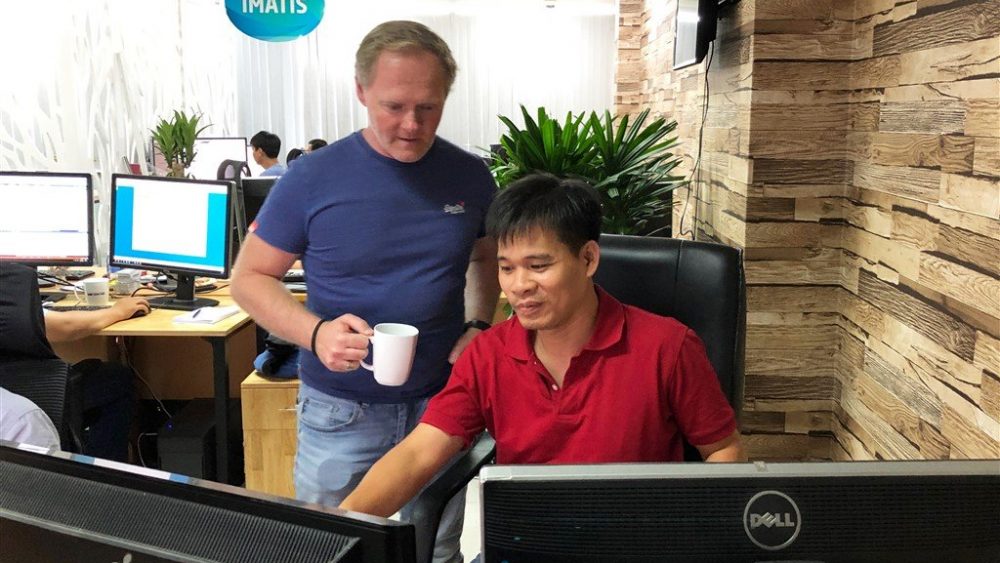 Employee Feature #3
Software Career Abroad- What you need to know

Who does not want to leap at a chance of having a software career abroad?  Maybe some of us wouldn’t, but we guess many Software Engineers in Vietnam would. Nowadays it is obviously difficult to travel overseas — or outside your own street, for that matter. But looking abroad will again be an option to consider once borders reopen.

Meet Dao Nam, who relocated to Norway after working 12 years at our hub in HCMC. What path did he choose? Could you follow the same one?

Choose the country which fits your values

In 2007, Nam was one of the very first software developers to join Facilitated Work Hub, where every software engineer has a permanent position in a global Norwegian tech company. So, this was already an international career from the start. Nam was hired as a Senior Fullstack .Net Engineer to work for Hogia Unitech Norway, a subsidiary of Hogia in Sweden, a leading IT company in the Logistics sector.

After 12 years working closely for Hogia Unitech through our long term co-employment model, Hogia requested the management of Facilitated Work Hub if Nam could join them as an in-house employee at their office in Norway. Through the years he had been working directly with his software developer colleagues in Norway. Nam was by now a key core member of Hogia Unitech, indispensable for his team.

It’s fair to say the move did not happen on a whim: «I planned to move abroad for 2 years before departing. I have a wife and two children. Everything had to be done correctly,» says Nam.

The USA and Canada were two of the countries Nam considered, but his favorable experiences with Norwegian working culture became decisive. «I like the flat structure. This makes information flow rapidly and effectively in Norwegian companies. Communication does not stop at countless ´checkpoints´ up and down, like in a top-down hierarchy,» Nam tells us.

Preparing for a software career abroad

Nam´s background story might seem very familiar to other highly skilled Vietnamese developers like yourself: A math talent at school. No PC at home. Love at first sight when finally exposed to computers during higher education.

In his second year at uni, Nam coded his own antivirus software which became famous among fellow students. Soon, he was asked to design the system architecture for the university e-library. Recognized as a talent, he could pick and choose his field of work when graduating. He picked local telecom. Viettel headhunted him soon after. Becoming a lecturer at Hoa Sen University in Hanoi was Nam´s next step on his career path, before getting married and heading south. In HCMC, he found Facilitated Work Hub.and joined us.

In his spare time, Nam always did his own projects. For a while, he also wrote one of Vietnam’s leading tech blogs. In addition, Nam was rewarded with medals in the prestigious Samsung Application Software Championship and the Nokia Widget Contest. Just to «spice up his CV», as he jokingly says. «Technology is like tools to me. They take me places, sure, but they are not the destination.»

Like Nam, many of our employees have been with us for 5 – 10+ years, forming a loyal relationship with their Norwegian co-employer. Some may want to further their careers and life within this network. «I am very thankful that FWH gave me such an opportunity,» Nam says.

Moving abroad was not an easy decision for Nam. Life in Saigon was not bad, neither at work nor outside. He had lots of great friends at the hub. When reasoning with himself, he made a mental ranking of reasons to join Hogia in Norway:

«I will cut this short. Two tips will cover it!» Nam laughs.

1. You need to come prepared.

2. You need to learn the local language.

Eight hours every weekend, Nam studies Norwegian at school in a small class of foreigners. «There is so much information and many topics you will miss out on if you only stick to English in Norway,» he says. «Both culturally, and socially.»

Nam had previously taken Norwegian classes at Facilitated Work Hub  — a free service provided to all our employees, to close the cultural gaps and improve cross cultural understanding between the Vietnamese engineers and their co-employers in Norway. Arriving in a new country with a few basic words and phrases is still far better than arriving blank.

Ask any Vietnamese what matters most in life, and their top list will surely include enjoying Vietnamese food. Nam is no exception. Luckily, the capital Oslo has a rather strong number of Việt Kiều, with lots of small restaurants called «Little Saigon» and «Ricebowl», and a variety of supermarkets specializing in Asian and Vietnamese groceries.

Nam even has an uncle living outside Oslo. Relatives aside, Nam finds it easier to click with recently arrived Vietnamese professionals, more than the Việt Kiều group that arrived 30 or 40 years ago. «They look at Vietnam differently than me,» he observes. «Vietnam today is nothing like the country they left. But some refuse to update their view.»

Is moving abroad the right decision?

After two years in Norway, Nam is now crystal clear: His family think the move has worked out far better than expected. They have cleaner air and a good environment for their family. The children have found friends, and Nam´s wife continues to run her Vietnam based online business. They all enjoy their new surroundings in a green, scenic and multicultural suburb of Oslo. Nam has even discovered a passion for hiking in the local forest. Norwegians like to go for circular walks — without a destination. Walking just to walk, basically. Not a concept everyone grasps at first. But Nam eventually did!

How to further build your international software career?

As a high level Full-stack .Net engineer, Nam has never really prioritized any specific technology or business field. Microsoft, Unix og iOS/Android apps might be his current areas of expertise, but A.I. is something he wants to explore deeper. To achieve continuous personal development, Nam is always considering his next exciting career step. A medium sized company could be an option, with more coworkers to share knowledge and communicate with. «Better communication optimizes product development,» he says, «because successful development comes ultimately down to human relations.» 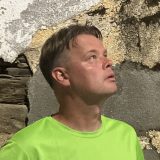 Øyvind is Cultural and Collaboration advisor at Facilitated Work Hub. He is dedicated to enhancing the collaboration experience between the software developers in Vietnam and their co-employers in Norway. He works daily with cultural fit which is vital for successful employee - employer relationships leading to a low employee turnover in our company.